I have been working on a project of estimating the progression rate of female students from secondary to tertiary level in Africa and the scope of female centric vocational training institutions for women empowerment. Below is an abstract of female participation in some of the countries in East, West and South Africa. Participation and performance of female students has been compared with male and total at the senior secondary (A level) examination in Uganda, Rwanda, Kenya, Ghana, Nigeria, Botswana and South Africa. Results for the 2016 examination in various countries has been considered for sample study. I thought it to be appropriate to release some of the analysis on International Women’s Day to highlight women’s participation and performance in senior secondary and university education. 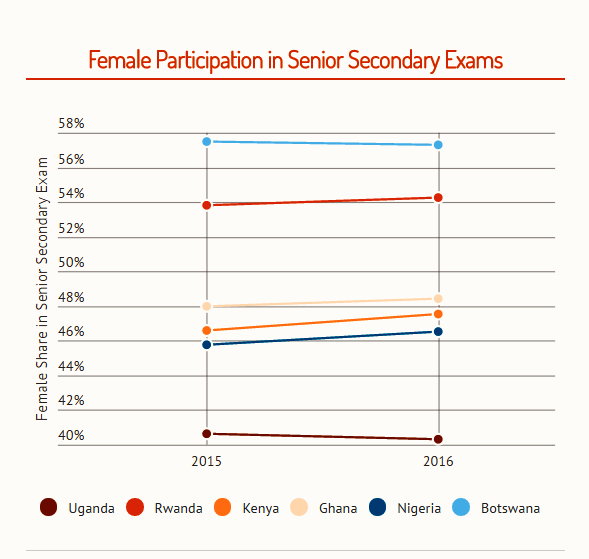 Share of female students attending senior secondary exams in Rwanda and Botswana has been higher than male in 2015 & 2016. Female participation in pre-tertiary qualifying exam has been lowest in Uganda.

Name of Examinations in these countries: 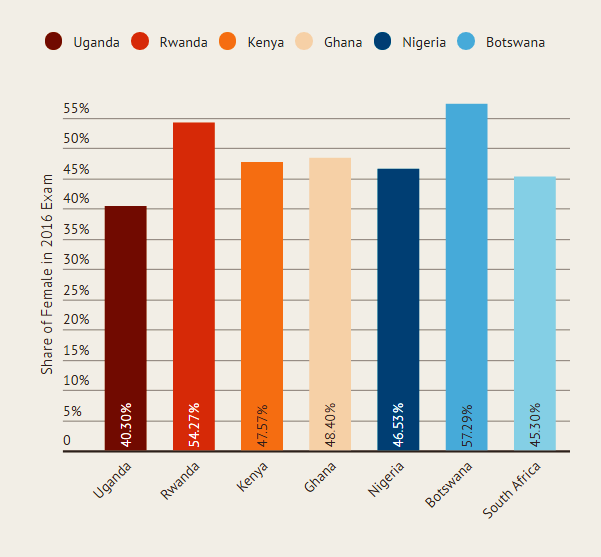 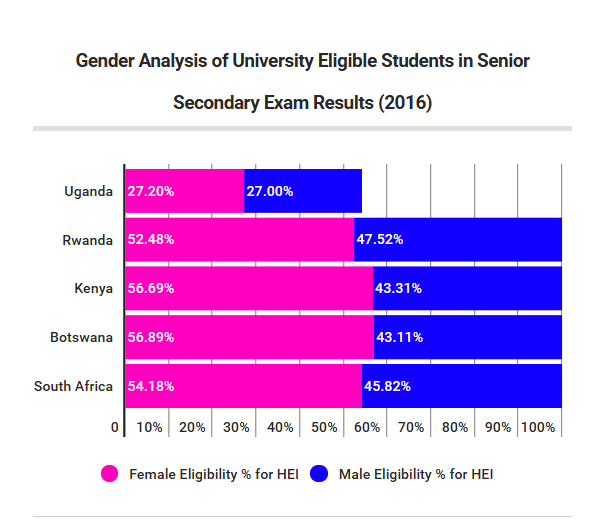 Another area of study was to analyse what percentage and number of female students are passing the senior secondary examinations with grades required to be eligible for admission into Higher Education Institutions (HEI). Interestingly all the countries considered in this study have better female pass percentage with grades making them eligible for HEI than male. It will be interesting to see, does this lead to an higher share of female enrollments in HEI or not. Grades for various countries required for entry into HEI are as below

Also studied were enrolment distribution at the tertiary level, gender wise. For the study of Nigeria, data for admissions into 2015 was considered, rather than total university enrolments. 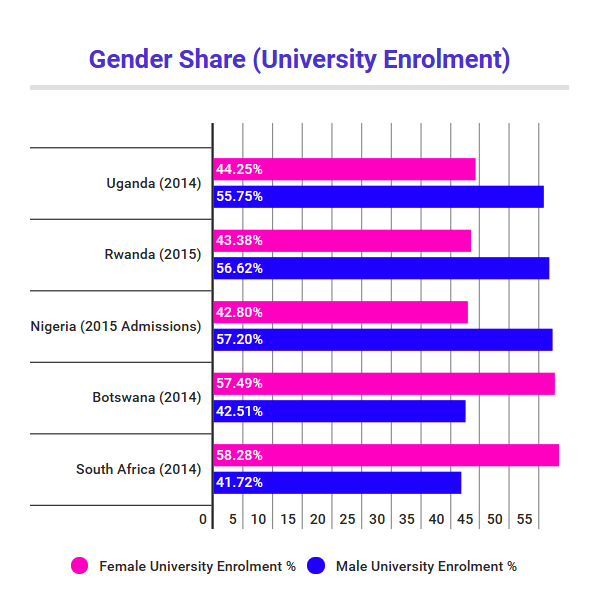 High performance of female students at the senior secondary level does not guarantee higher rate of progression and participation at the tertiary level. Botswana and South Africa are an example of higher female enrolments at the university level for female than male. Other countries in the study are having below 45% participation.

Progression of female students from the secondary to university level can be increased further across the continent, as there is a disparity in access to higher education for the female. As per the data published by UIS for 2014 out of the total of 13,010,953 students enroled in tertiary education for all programs in Africa, only 45.55% (5,926,428) were female as compared to global percentage of 51.04%.

This provides an opportunity for stakeholders and investors to establish specialised HEI for female in some of the African countries where there is an eagerness to progress further, but lack resources.

Complete report can be requested by sending an email to vivek.verma@uniafrica.net.