Since 2012, sub-Saharan Africa (SSA) has had more countries among the group of innovation achiev­ers than any other region according to Global Innovation Index ranking. Innovation achievers are economies that perform at least 10% higher than their peers for their level of GDP. In the 2016 ranking, innovation achievers in SSA were Kenya, Madagascar, Malawi, Rwanda, Mozambique and Uganda. Overall there were 9 SSA economies ranked in the top 100 economies led by Mauritius and South Africa. 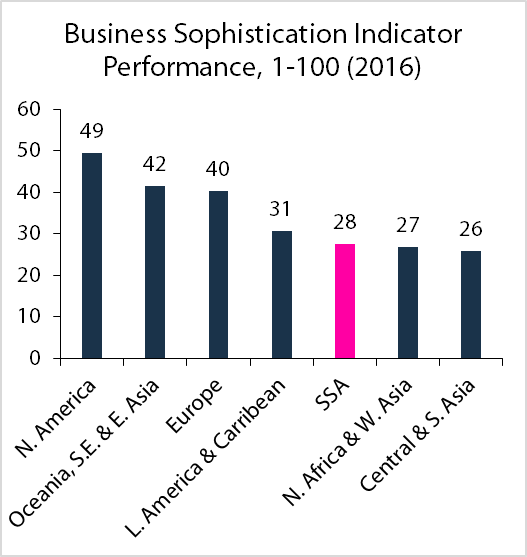 The drivers of growth in SSA have mainly been improved institutions, a better business environment and improved science and innovation policy. 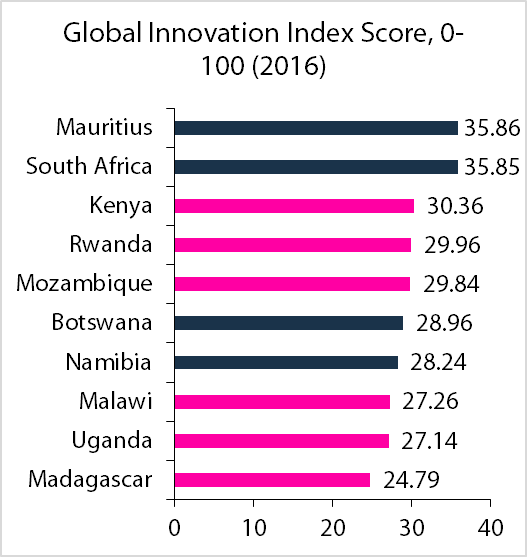 This was originally published as an IPC Datashot on 14 February 2017. Data The Global Innovation Index Report 2016

Reposted with permission from URL:  https://www.linkedin.com/pulse/kenya-rwanda-ranked-global-innovation-achievers-peers-arun-sharma